Folklore show Feel Your self Russian

Folklore show "Russia in FairyTales" in the Youth House

Folklore show "Bagatitsa" in the house of Countess Panina 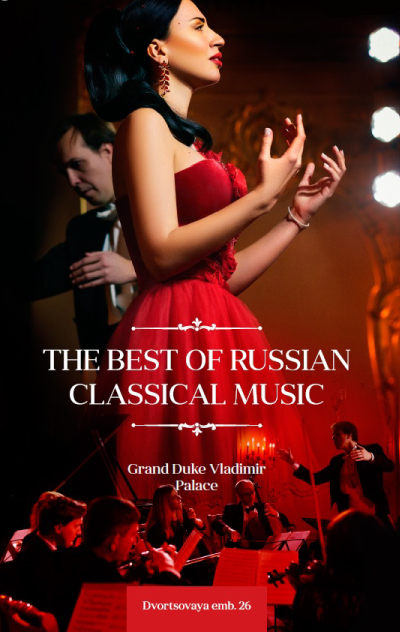 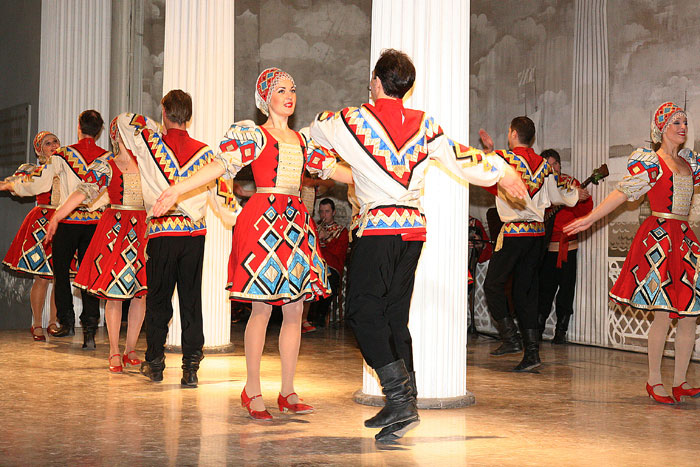 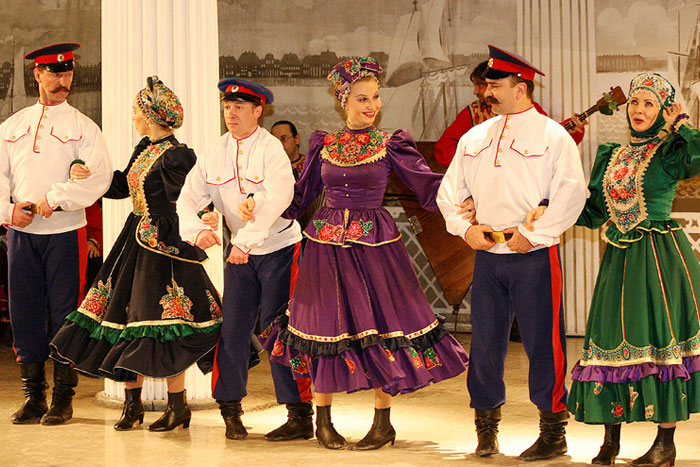 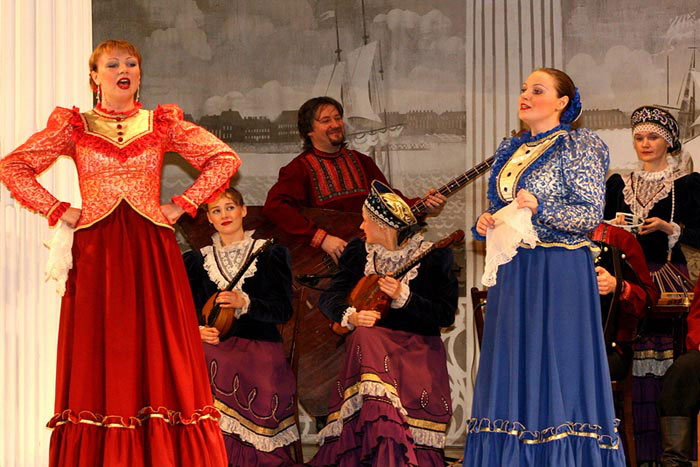 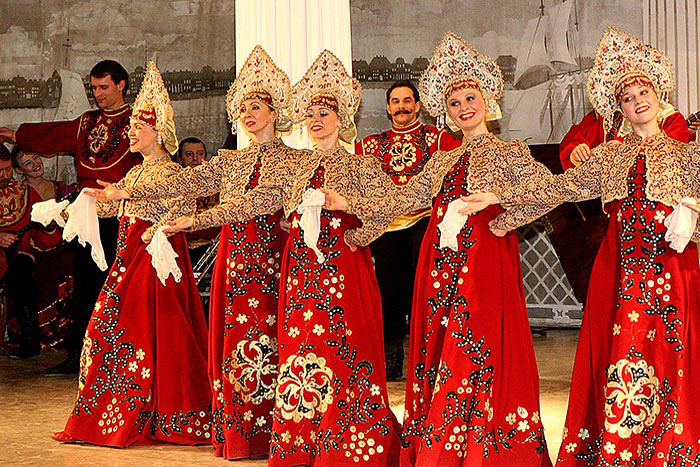 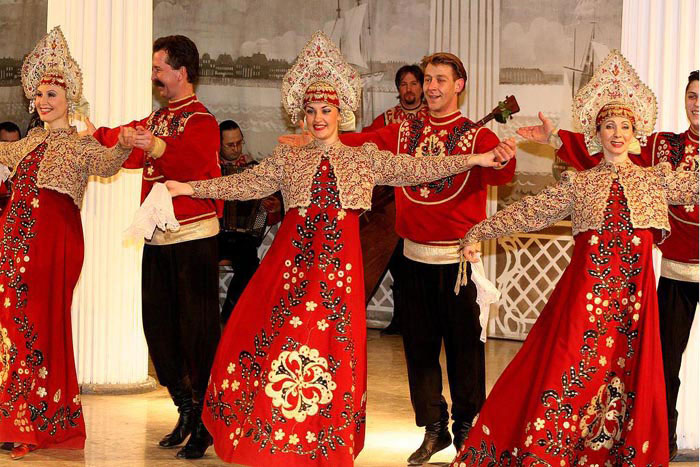 Enjoy this unique opportunity of getting acquainted with the history and cultural traditions of Russia! Classical quartet is playing lovely melodies of the XVIII th century, two stunning ladies in crinolines and a handsome gentleman in a wig (ballet trio “Reverence”) are welcoming guests at the Gala stairs of the Palace. How nice to be a guest of the Grand Duke!

For foreign citizens:
5900 rub.
For citizens of the Russian Federation:
2200 rub.
Children:
Children under 5 years free of charge.

Feel yourself Russian show! The folk show itself is represented with 3 professional folk groups: “Peters Quartet” vocal quartet. Classical performance of folk songs, lyrical romances and Russian Orthodox hymns. “Maidan”is a Cossack song-and-dance group formed in1992 by the honored artist V. Drachev. The name of the group gets its origin from the place, where all Cossacks used to assemble in older times and where decisions were made “by the whole world”. The group skillfully reproduces on stage Cossack songs and dances in their original form. The «Stars of St.Petersburg» is a dance group. The dancers are graduated from leading schools of choreography in Russia. Its repertoire covers lyrical dances of the Russian North, fiering dances of the Cossacks from the Don and Voronezh, dancing miniatures of the Urals and Siberia with their subtle humor. Spectators of all ages and tastes will be able to appreciate not only the ability of the performers to bring Russian national color to the stage, but also their highest skills, complexity of acrobatic feats and breath-taking leaps. The show consists of two parts (45 minutes each) and lasts for 1 hour 50 minutes including the break, when guests are offered some fruit, canapes with red caviar, ham, Russian style Salami, cheese, vodka, champagne, red wine, mineral water, juice, beverages.Classical quartet is playing and beauties in crinolines are dancing for dear guests. There is also a good opportunity to buy local souvenirs as well as folk show version on CD, DVD and disk-game about Nikolaevsky Palace.

In the palaces of St. Petersburg:

In the palaces of Saknt-Petersburg you can book excursions, breakfasts, lunches, dinners - for groups - in the luxurious halls of the palace, a gorgeous ball, a banquet on the occasion of a wedding, anniversary, New Year, family celebration, to hold a business meeting, conference or seminar at the highest level.